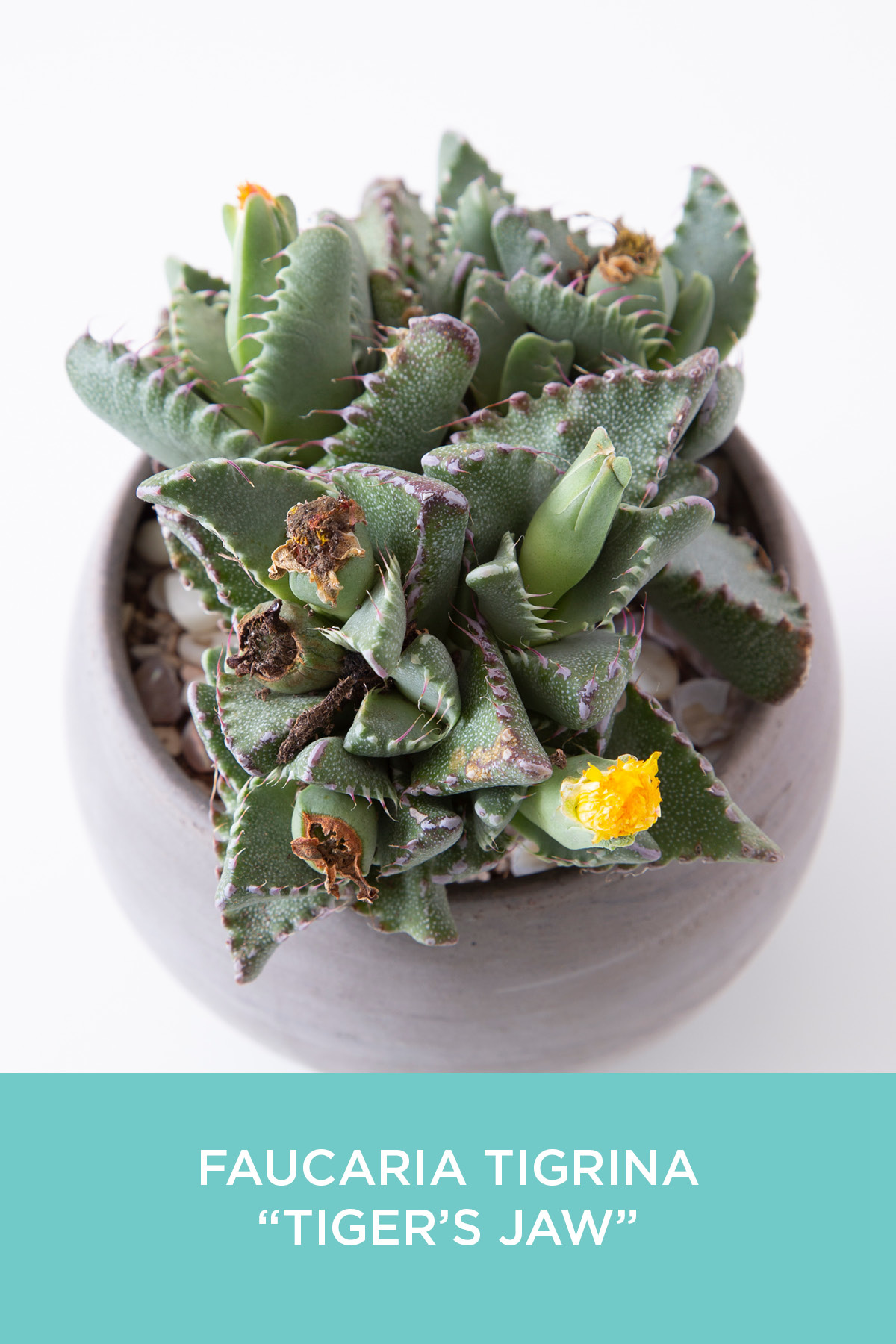 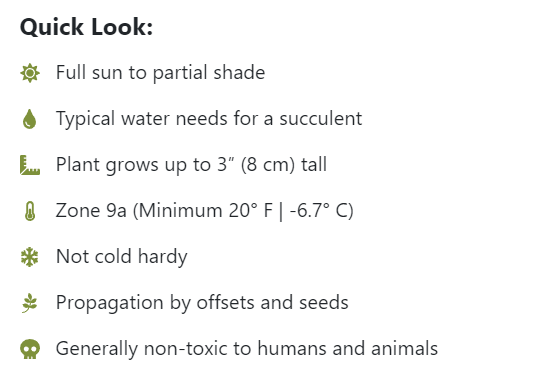 Like most succulents, tiger jaws succulents require porous, well-draining soil to thrive. In their natural habitat, tiger jaws can often be found growing in open, rocky areas with clay soil. Indoors, however, a standard cactus soil is usually sufficient. Some growers find even standard cactus mix to have too much moisture-retaining peat moss, and they tailor the potting mix by adding additional chicken grit.

Or, you can make an ideal potting mix for tiger jaws by blending 2 parts of sterilized potting soil, 1 part fine pumice, and 1 part sand.

During their growing period (April to August), tiger jaws succulents should be watered more frequently. As soon as the soil dries out completely, give it a thorough "soak-and-dry" watering, allowing it to dry out again fully before the next watering. During the fall and winter, allow the soil to remain dry for longer periods of time, and when you do water, simply moisten the soil rather than drenching it.

In their native South African habitat, tiger jaws succulents grow in dry, hot conditions. However, they are also able to tolerate lower temperatures than many other succulent species. The ideal temperature is considered to be about 68 degrees Fahrenheit, but they enjoy somewhat higher temperatures (up to 90 degrees) during the summer, and will even survive brief frosts. But cold winter months call for this plant to be brought in off the patio unless you live in zones 9 to 11.

When grown indoors, the average household humidity is adequate for tiger jaws succulents, but they should not be exposed to too much humidity (so the bathroom probably isn't an ideal spot for these succulents).

Tiger jaws succulents do not require regular fertilizing. In fact, too much fertilizer can result in unbalanced, mushy growth that causes the plant to look leggy or break apart. However, during their active growing period (April to August) tiger jaws succulents can be fertilized once or twice with a diluted liquid fertilizer to help support new growth.

Having an account with us will allow you to check out faster in the future, store multiple addresses, view and track your orders in your account, and more.

You have no items in your shopping cart